Request A
Quote
Need a
Quote? 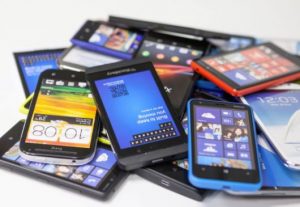 It is pretty common for us to have multiple devices, and these multiple devices need to be replaced with newer, faster, cooler devices.  If you’re hanging on to your old device for  along time, even though you have that latest flashy one that replaced it, you may  belong to what is known as gadget obesity.

What is extreme gadget obesity? It’s a general term used by some folks, such as uSell, to describe those households that decide to keep their old, outdated tech items for at least 2 years after their last use.

A company called uSell completed its first ever Gadget Mass Index survey of 1,000 users, and those results speak volumes. 42% actually suffer from gadget obesity.  Other noticeable trends include 10% of us keep gadgets for only 7 months to 1 year, while 30% keep old items for 1 to 6 months before disposal.

When looking to ditch that “old” technology or gadget (when it gets replaced by newer version, it becomes old) many men try to get rid of it sooner rather than later due to its declining resale value.  Some just hold onto it and use it as just another media player, or a specific gadget for one area of the house.

Just remember, if you do sell it or give it to charity remember to reset the gadget back to defaults and remove/wipe out any data from any removable memory cards that may have been used.

So how long do you keep your “gadgets” after you have replaced it with a newer version?